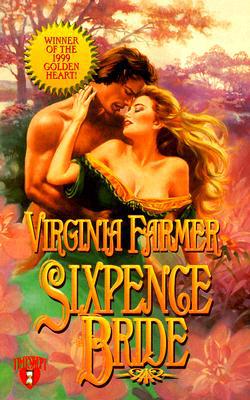 Share:
WORTHLESS
Jilted by her fiance, Tanner had to struggle not to believe that her own value had been somehow diminished. Still she knew better than to let that fear ruin her tour of England. But no one had explained to her that there would be a mock bride auction--or that she would be sucked back in time to the close of the eighteenth century.

PRICELESS
Suddenly Jocelyn found herself in another time, another body, and in a real auction--being claimed by a real hunk of a man. Still, her bride price hardly seemed flattering. And the handsome Garren had not yet shown her the attention for which she yearned. But as she began to make this new body her own, she saw interest flare behind the lord's reserved facade. She'd soon show him--and herself-in pounds or pennies, no one was worth more than his .. .