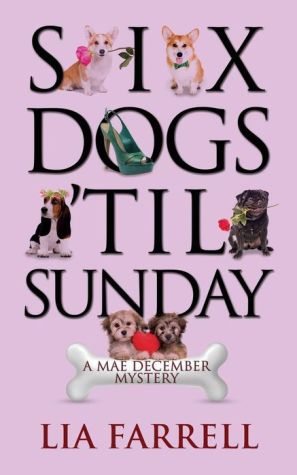 It's January in Rosedale, Tennessee, and Mae December is preparing for her March wedding to Sheriff Ben Bradley. Mae, who boards dogs for a living, is also busy tending to her pregnant dog and scouting locations for the movie featuring the music of her former fiancé Noah West, who died in a car accident four years earlier. Fortunately the picturesque old house at the end of Little Chapel Road is for rent.

Just as filming is about to begin, a man is shot on the set, but manages to drive himself to the hospital, where he dies before he can ID his killer. He was a member of the film crew, but also a local, and circumstances point to his being a confidential informant for Ben's predecessor, Sheriff Trey Cantrell, also the owner of the house turned movie set. At the time of the shooting, the victim had been stealing a large sum of money from a safe on the premises. Whose money is it, and where does it come from?

The Rosedale Sheriff's Office not only has another murder case on its hands, but one that will dredge up a past long buried. How far will the guilty parties go to protect their secrets?

The sixth and final book in the Mae December Mystery series, which began with One Dog Too Many.