Sins of the Fathers — Anthea Fraser 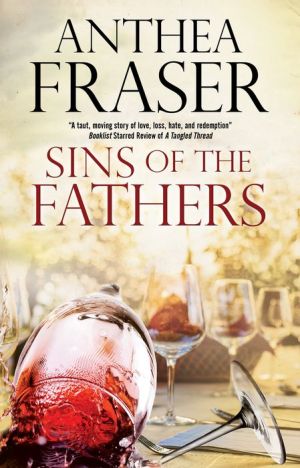 Three families, separate yet joined by the sins of the fathers; sins that will ultimately lead to tragedy.

Mark Richmond's trip to York takes a surprise detour when he runs into Helena Crawford and ends up accompanying her to her parents' ruby wedding anniversary in Drumlee, Scotland.

Six months earlier, Mark attended Peter Kingsley's sixtieth birthday party -- the father of his now-estranged wife, Sophie -- where Peter was unexpectedly taken ill. Mark's father, Charles, has been friends with Peter for forty years, but how well does he really know him?

As Peter's health continues to deteriorate, it seems the Richmonds and the Kingsleys are inextricably entwined by devastating secrets, resentment, betrayal and deceit. And who is Ellie, the girl in the hooded anorak, who appears on the cliff path in Drumlee, pale and shivering from the cold?
Reviews from Goodreads.com