Sing Softly to Me — Dorothy Phillips 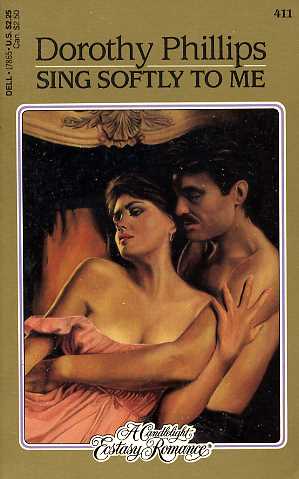 Share:
She thought she'd escaped the man--and the memories. But Tom Clary suddenly appeared in Minnesota to summon her home. Without hesitation Beth Marshall left her hospital job and made the hazardous winter drive back to Cody, Wyoming, with the brash cowboy she'd tried so hard to forget. She couldn't refuse Tom's imperious command to return to nurse her ailing sister. But how could she share Tom's house, where her sister now lived? The magic was still there, but so was the danger. Tom's searing embrace rekindled passions that had slept but never died. He swore the past was behind them. But had he really changed, or was she headed for heartbreak--again?