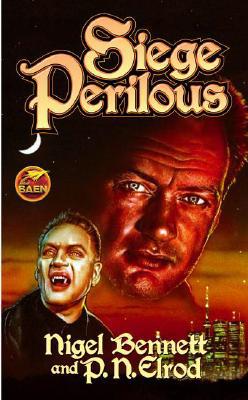 Share:
THE VAMPIRE WHO WAS ONCE A KNIGHT HAS DEFENDED THE HELPLESS FOR CENTURIES--BUT NOW HE MUST DEFEND ALL WHO LIVE!

Vampire hero Richard Dun, once called Lancelot, is back in the latest book in this exciting, critically acclaimed fantasy series by award-winning actor Nigel Bennett and award-winning writer P.N. Elrod.

An old enemy from Richard's past, Charon the Assassin, returns and is literally hell-bent on bloody revenge. He has acquired deadly new powers that are annihilating the nebulous plane of Otherside and threaten the very existence of the Realside plane. Unless balance is restored both will be destroyed.

From the sultry Yucatan forests to the chill green fields of ancient Glastonbury, Richard Dun marshals his mortal and immortal allies for a fight that will rage outside dimensions and span centuries -of time. He is no stranger to battling to the death, but how can one earth-bound vampire stand up to a being who can destroy the gods themselves?