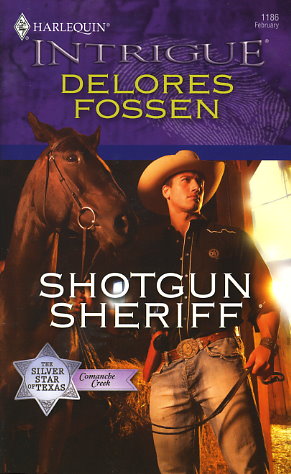 Share:
A PASSIONATE POWER STRUGGLE BETWEEN A BEAUTIFUL TEXAS RANGER AND AN EASY-ON-THE-EYES SHERIFF

Comanche Creek's not big enough for two to investigate a murder. That's the feeling Texas Ranger Livvy Hutton gets when she's sent there as a forensic expert. Yes, she's horning in on Sheriff Reed Hardin's territory and can't ignore a distinct chill in the air between them. But according to evidence Livvy uncovers, she senses the cowboy cop's acting ornery to protect his good ol' boys from arrest for the murder. And backing off is not in her nature.

Then, just days into the investigation, Livvy detects bigger trouble: a mutual attraction she and Reed have no business acting on. A torrid affair could compromise the case...or spark some much needed -- and very satisfying -- cooperation!