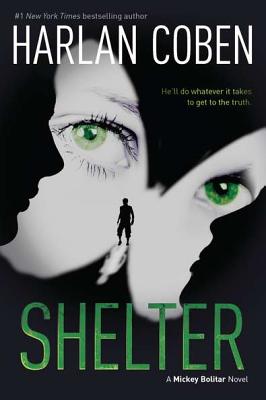 After witnessing his father's death and sending his mom to rehab, Mickey Bolitar has to live with his estranged uncle Myron, and switch to a new school. The one saving grace is Ashley, Mickey's new girlfriend. But then Ashley vanishes without a trace. Unwilling to let another person walk out of his life, Mickey follows Ashley's trail to a seedy underworld that reveals that Ashley wasn't really who he thought at all. And neither, it turns out, was Mickey's father. Soon, Mickey finds himself caught up in a conspiracy so shocking that it makes everything else in his life look like child's play...
Reviews from Goodreads.com

Harlan Coben departs from his adult fiction to create a memorable character in YA literature.

Mickey Bolitar goes to live with his uncle Myron, after Mickey's father died in an auto accident and his mother was entered in a rehab facility since she had trouble dealing with her husband's death.

Mickey meets Ashley Kent at the early orientation of new students at the high school where he is an incoming sophomore. They become friends and he considers her his girlfriend. However, when school begins, she isn't to be found.

Since he's lost so many people that were close to him, Mickey investigates Ashley's disapperance. He's assisted with investigation by two outcasts that he has befriended at his school. Spoon is the nerdy kid who is the janitor's son and Ema is an overweight goth who wears black clothing, has tattoos, pale skin and shoe polish black hair. All of this is bundled up with a sense of humor that makes her endearing and makes the reader curious to learn more about her.

With a wonderful author like Harlan Coben, this story is well written, is humorous and well plotted.

Mickey Bolitar is a complete package. He's six foot four, knows martial arts, has his uncle's curiousity about detection and is sympathetic for others when they're being picked on.
He's someone who should take his place in the YA group of excellent characters. 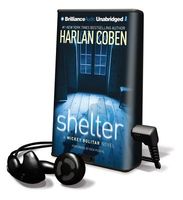 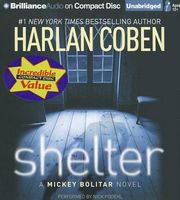