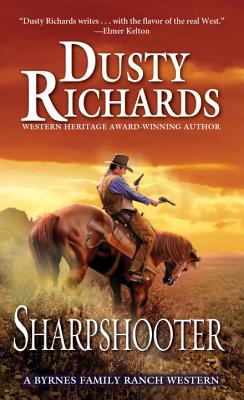 Share:
In the brutal, unforgiving wastes of the Arizona desert, Chet Byrnes built a cattle ranching empire with his bare hands, steel will, and a fast draw. As the U.S. marshal, he risks his life to bring law to a lawless land.

When a new railroad route is planned to pass through Navajo territory, Chet fights to get the Indians a contract to supply the locomotives with coal. But the corrupt politicians in Tucson and D.C. have other ideas. The coal contract means millions, and the ruthless Tucson Ring will do anything to get it -- even if it means killing a U.S. marshal. Battling bandits, the railroad, and a corrupt gang of millionaires, Chet won't back down until the desert is painted red with blood.