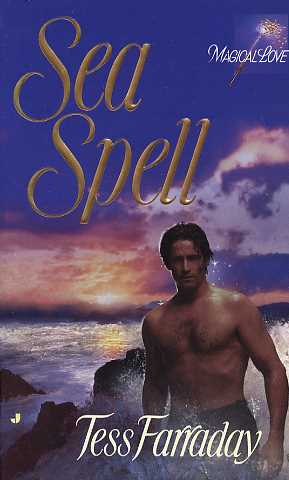 Share:
She fell into the churning waves, only to be lifted gently out by a dark-haired youth with a knowing, otherworldly smile--who then vanished into the mist. Somehow the young girl knew that her elusive rescuer was a powerful, legendary selkie, who had returned to the ocean's depth to care for his own...

Many years later, Beth returned to the little town of Grey Gallows--and the sea that had turned danger into a strange dream of love. Although the town called her mysterious rescuer "a silly, romantic notion;" deep inside Beth still believed--and longed for a glance of her long-ago hero.

Also in Grey Gallows for the summer was the mysterious, dark-eyed Mr. Gordon, who said he was there to help Beth's father finance his theater. But instead, this handsome stranger spent all his time courting Beth relentlessly. Somehow his sleek, muscled body and piercing gaze seemed very familiar to Beth, and oddly out of place in the modern-day world. Were Mr. Gordon and Beth's selkie somehow one and the same? And had he finally come back to claim her love as his own?