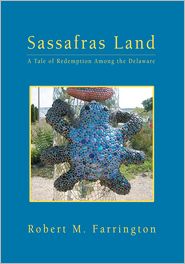 Share:
Polly Tidd, a squatter's daughter, and her sister, Rebecca, are kidnapped, their brother scalped by Delaware Indian marauders. The sisters are dragged off their homestead, carried across the Hudson to a Lenape village on the Delaware. Through her strong religious beliefs and sheer grit, Polly survives to be adopted by the sachem, Black Turtle, and the matriarch, She Bear. Assuming a native identity and name, (Mockwasaka), Polly takes on the ways of the Lenape, wedding the couple's son and future sachem, Red Hawk (Mechkalanne), a skillful hunter. Polly, now Mockwasaka, follows Red Hawk and the clan as they journey west in pursuit of scarce game and fertile soil for the planting of their sacred corn. They are soon swept up in the turmoil of the Indian Wars on the Western Frontier during the Revolutionary War period. Mockwasaka and her adoptive people struggle to survive drought, starvation, smallpox and the constant threat of massacre at the hands of battling American militia, the British and their Indian allies roaming the region. Woven throughout the novel are Indian tales which enhance the narrative and create dramatic relief to the harrowing experiences of Polly and her Lenape family.