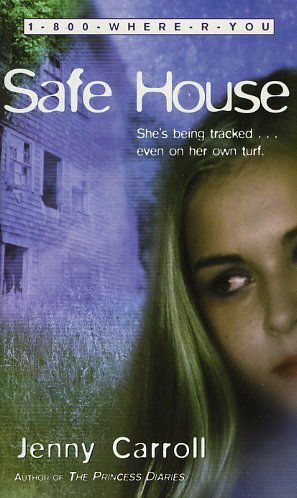 It wasn't her fault. Sixteen-year-old Jessica Mastriani was on vacation when classmate Amber Mackey went missing. How could Jess--even with her newly acquired psychic ability to find anyone, anywhere--have stopped the varsity cheerleader from turning up dead, without having known she was missing in the first place?

But ignorance is apparently no excuse. Most of the student population at Ernest Pyle High School seem to blame Jess for Amber's brutal slaying. Jess has never been particularly popular, but she'd been hoping to start her junior year off right . . . slumber parties instead of fist fights, and invitations to prom instead of detention.

But when yet another cheerleader disappears, Jess is given a chance to redeem herself. If she can just find Heather Montrose--without letting the Feds know she still has her psychic powers--before Heather, too, is murdered, maybe Jess will finally have a chance to be part of the "in-crowd"... .

Except that it's starting to look like being ''in'' at Ernie Pyle High just might get you--not to mention your loved ones--killed. So much for popularity.
Reviews from Goodreads.com