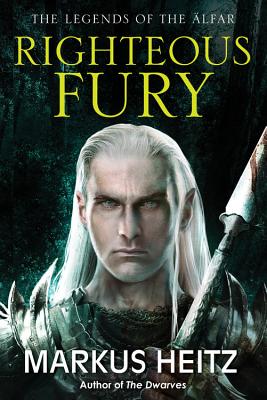 Share:
From the author of the bestselling fantasy series The Dwarves--which has sold over one million copies--come the dynamic new series The Legends of the Alfar. In Righteous Fury, the elves, dwarves and humans all know the alfar to be dark, relentless warriors. In Dson Faimon, the realm of the alfar, the warriors are planning a military campaign. Caphalor and Sinthoras are looking to enlist a powerful demon to strengthen their army - but the two alfar have very different goals. While Caphalor is determined to defend the borders of their empire and no more, the ambitious Sinthoras is intent on invasion: and he has the kingdoms of dwarves, elves, and me firmly in his sights.