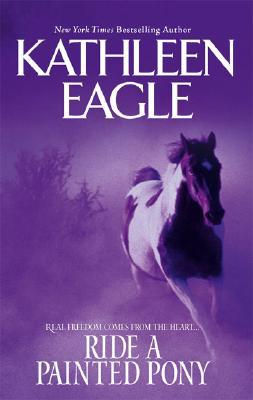 On a dark, lonely stretch of Midwest interstate, Nick Red Shield swerves his pickup and empty horse trailer to avoid a pair of terrified eyes. They belong to a woman -- battered, bruised and barely conscious -- in desperate need of a lift.

Lauren Davis grew up in the high-stakes world of horse racing, a world that took her to fame as a jockey and into a relationship with a dangerous high roller. Life with Raymond Vargas has turned deadly, forcing her on the run, but she can't abandon her son, and now she'll do anything to get him back safe.

While Nick's instincts as a loner kick into high gear, Lauren's vulnerability tugs at him in ways he'd shut down long ago. A man more comfortable with horses than people, unable to make peace with a past that's left him scarred, Nick's not sure about secretive Lauren. But he can't just leave her. And he really doesn't want her to go.

In the safe haven of his South Dakota ranch, among the magnificent painted horses of Western legend, a bond of trust, truth and passion becomes a lifeline for them both. But soon the danger that shadows Lauren's life and her desperate attempt to save her son will force Nick to confront his own demons. Only then can he fight to save Lauren from hers.
Reviews from Goodreads.com