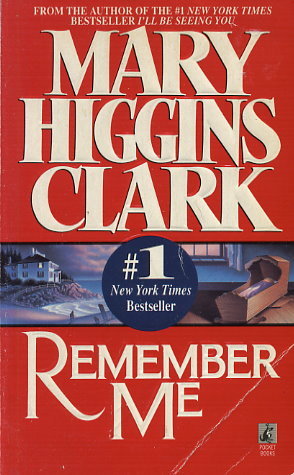 On tranquil Cape Cod, a young couple tries to escape from the horrors of their past -- only to become trapped in a nightmare beyond their understanding, beyond their control.

Menley Nichols never stopped blaming herself for the accidental death of her two-year-old-son. Her marriage to Adam, a high-profile criminal attorney, has started to fall apart -- but the birth of their daughter Hannah promises to revitalize their relationship. Adam decides to rent a house on Cape Cod, a serene haven that's ideal for Menley and Hannah.

At Remember House, an eighteenth-century landmark with a sinister past, strange incidents force Menley to relive the accident in which she lost her son, and she begins to fear for Hannah's safety. Then Adam takes on a client suspected of murder after his wife drowns in a violent squall -- and the family is drawn into a rising tide of terror. On a dark, rairiswept beach, Adam and Menley will confront their worst fears-leading to a harrowing, suspenseful climax that only Mary Higgins Clark, America's Queen of Suspense, could have created.
Reviews from Goodreads.com