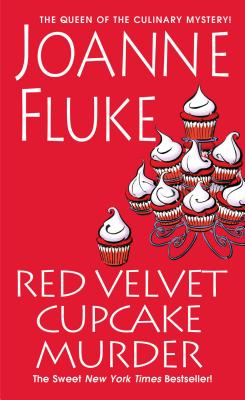 This summer has been warmer than usual in Lake Eden, Minnesota, and Hannah Swensen is trying to beat the heat both in and out of her bakery kitchen. But she's about to find out the hard way that nothing cools off a hot summer day like cold-blooded murder…

It's a hot, muggy evening, and the last thing Hannah wants to do is squeeze into a pair of pantyhose for the Grand Opening of the refurbished Albion Hotel. But with Hannah's famous Red Velvet cupcakes being served in the hotel's new Red Velvet lounge, she can't bring herself to back out.

The party starts off with a bang with the unexpected arrival of Doctor Bev, a Lake Eden legend who left town in shame after she two-timed her fiancé one too many times. Bev's splashy appearance on the arm of a wealthy investor is the talk of the night. But the gossip comes to a screeching halt when a partygoer takes a mysterious dive off the hotel's rooftop garden.

The victim is the sheriff's secretary, Barbara Donnelly, and she is barely clinging to life. The question is, did she fall -- or was she pushed? As the police investigate, the only one who isn't preoccupied with the case is Doctor Bev. She's too busy trying to stir things up with her old flame Norman, who's reunited with Hannah.

Just as Hannah's patience with Bev runs dangerously thin, her rival is found dead at the bottom of Miller's Pond. The only clue the police have is the Red Velvet cupcake Bev ate right before she died -- and the tranquilizers someone seems to have baked into it. To everyone's shock, Hannah is now the unlikely target of a murder investigation -- and she's feeling the heat in a way she never has before…
Reviews from Goodreads.com

I think this book will be my last Hannah Swenson book. I've been noticing that the story quality is going downhill in the last few books. I used to really like these books and I loved Hannah and her madcap family and friends, but now not so much. Nothing seems to go anywhere in these books. For example Hannah still hasn't made a choice between Norman and Mike. What real grown men would put up with that situation for years and years? And there are quite a few holes in the plot in this book. I don't mind one or two in cozies, but there are more than that. The recipes in the book still look tempting and I still really like a few of the characters, but this is it for me. Hannah has run her course with me. 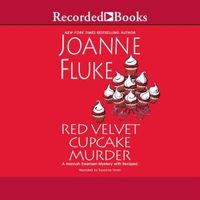