Queen of the Sun — Janeen O'Kerry 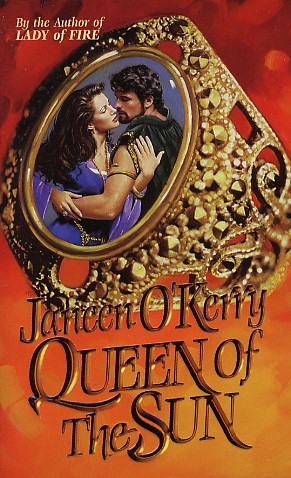 Share:
As she rode among the emerald hills of the Irish countryside, Teresa MacEgan was swept into a magical Midsummer's Eve that landed her in ancient Eire. By the light of the silver moon, the dark-haired beauty encountered a quietly seductive traveler who welcomed her to his home. Dun Cath. Tall and regal, the rugged warrior kindled a fiery need within her, and she longed to yield to King Conaire's request to become his queesn. Yet despite the uncontrollable passion they shared, Terri could relinquish her independence to no one. But when an enemy endangered Dun Cath's survival, the royal wedding became a necessity. Terri found herself facing a fearsome choice: desert the only man she'd ever loved, or join her king of the moon and become the Queen Of The Sun.