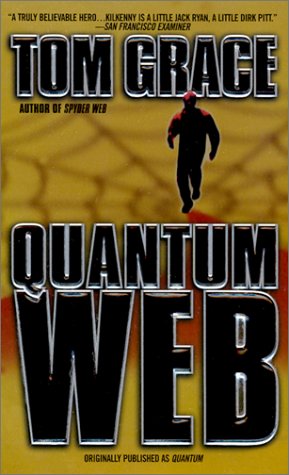 In 1948, a young German emigre reached the threshold of an incredible scientific discovery: a blueprint for the construction of the universe that could surpass the theories of Einstein. But the scientist's secret past catches up to him with a vengeance, and he and his work are seemingly lost forever.

Now, buried knowledge has been rediscovered--and whoever controls it holds the keys to the future. Two sides, American and Russian, are in a ruthless fight for the ultimate power of the new millennium--Quantum technology--and ex--Navy SEAL Nolan Kilkenny finds himself caught in the crossfire. To stop the fate of the world from being hijacked, Kilkenny must wage a war across two hemispheres as he races to solve a decades-old mystery--if the solution doesn't kill him first....