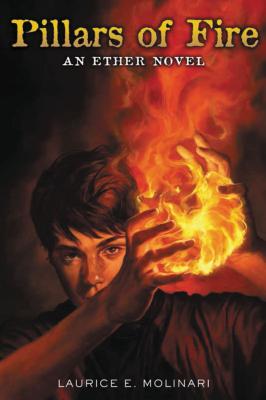 Share:
AfterVero Leland discovered his true identity in book one, he must continue to maintain his life on earth as a regular 12-year-old kid, which is hard to do when you are really a fledgling, a guardian angel in training to become one of the fiercest of all angels. At any moment, he could be called to the Ether, the spiritual realm surrounding the earth, where he must face whatever trials come his way in angel school, aka C.A.N.D.L.E. (the Cathedral of Angels for Novice Development, Learning and Edification). In book two, part of Vero's training involves the Angel Trials, a set of three challenges, where he and his group of fellow fledglings compete with angels from other realms.

But while he is competing in the Ether, back on earth his sister is in trouble. She has a new friend who is leading her down the wrong path. During the third trial, Vero realizes he must choose between saving his sister or winning his competition. But the attack on Clover is only a means to get to Vero, and he finds himself face-to-face with an evil even greater than what he experienced in the Bottomless Pit. Once again, he is tested beyond what any previous fledgling has endured, and how the battle ends will affect not only his grade in C.A.N.D.L.E., but also the fate of the world.