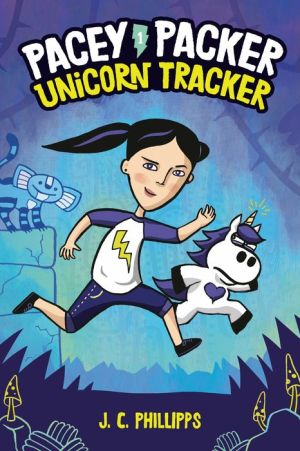 
Introducing a brand-new middle-grade graphic novel series with attitude that's just right for fans of Babymouse and Real Friends, and for anyone who loves--or hates!--unicorns!

Pacey's little sister, Mina, has always said her stuffed unicorn, Slasher, is real--but seriously? He's a stuffed toy! Then again, he does seem to be leading Mina outside her room and to . . . some kind of weird magical unicorn land? Pacey may not believe in unicorns, but she's not about to let her little sister be kidnapped, so she does the only thing she can: follows them to unicorn land (that she totally does NOT believe in). And for the record, it's NOTHING like the stories. First off, what's up with Slasher's attitude? It's not Pacey's fault he's trapped in a ridiculous stuffed body. And that Alpha Unicorn guy? NOT. Nice. Pacey will just be grabbing Mina and taking her home, thankyouverymuch . . . that is, if she can work with the grumpiest unicorn stuffy ever to outsmart the Evil Alpha Unicorn and find the way out--preferably without stepping on any poisonous killer flowers. (WHAT IS WITH THIS PLACE ANYWAY?!)