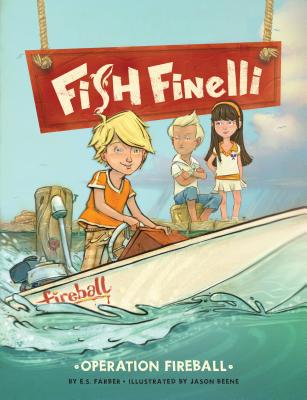 Share:
When Bryce Billings says he will clobber Fish Finelli in the Captain Kidd Classic boat race, Fish has no choice but to accept the bet. But Fish's 1970s Whaler with a broken motor is no match for Bryce's new, top-of-the-line, 9.9-horsepower Viper. Even if Fish, Roger, and T. J. can fix the measly 5-horsepower motor, it can't compete with Bryce's boat. With $9.63 between them, do the guys even have a chance of beating Bryce at the Classic? A hilarious, action-packed romp filled with nonfiction sidebars, this latest installment in the entertaining new chapter book series is hotter than a fireball.