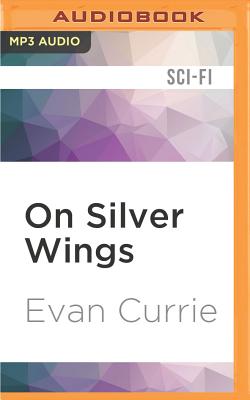 Share:
A novel of both ground and space warfare set in the far flung future, On Silver WIngs tells the tale of a colony cut off from Earth's support when an alien assault severs their orbital tether and effectively maroons the colonists on a lush world where neither the flora nor fauna are edible by humans. Faced with frightening ghost-like aliens using technology nearly unfathomable to their knowledge, the colonists are forced to rely on the sole survivor of a military scouting mission as their best and possibly only chance of survival.

The Solar Fleet isn't sitting this one out, however, and back home a massive effort is marshalled to send support and reinforcements to the stricken colony world... but will any of it be in time?