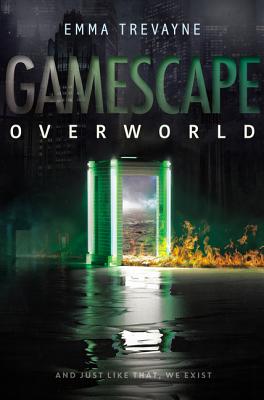 
A dying boy on a dying planet plays a dangerous, sophisticated, and addictive game that could save his life -- if it doesn't kill him first. A complex, gorgeous, literary thriller for fans for Ernest Cline, Brandon Sanderson, Orson Scott Card, and M.T. Anderson.

In a futuristic version of Earth, society is mostly controlled by a company that produces an addictive virtual reality game called Chimera. Everyone plays Chimera. Defeating the levels is how you earn enough points for clothes, food, even medical enhancements. Miguel Anderson is good at it. In fact, he's better than anyone he knows. He spends all of his free time playing, hoping to reach Level 25. At Level 25 you can pick any prize you want -- and Miguel needs a new biometric heart. When the game runners announce a global competition to launch a new version with untold prizes, Miguel enters and becomes a team leader. That's new for him -- playing on a team. And complicated, as the game becomes a delicate power play between wholly unexpected players. This is the first of two books and features gorgeous writing, compelling action, and a flawed and memorable hero.