Not a Marrying Man — Dixie Browning 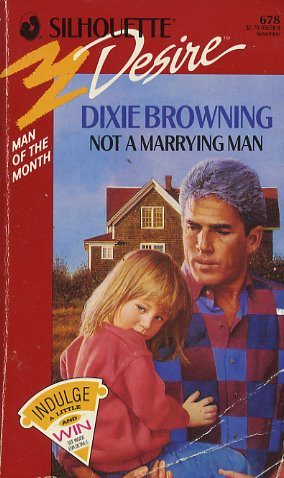 All Mac ford had wanted to do was hand in his badge and retire to the country. Then an unexpected twist of fate left his young niece in his care. Determined to reunite the child with her remaining parent, he traced elusive Banner Keaton to a deserted island ...only to make a stunning discovery!

Mac was not a marrying man, but soon, this pretty, passionate woman had him wondering if he was headed for wedded bliss, after all...