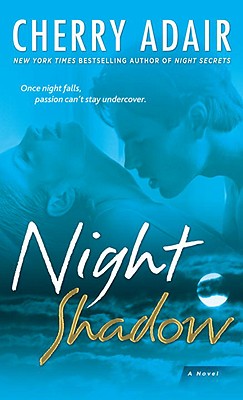 Aside from working for T-FLAC (and having the same last name), Lexi Stone and Alex Stone are polar opposites, right down to Lexi's mere mortality and Alex's paranormal powers. And though Lexi disdains Alex's rule-breaking bravado, she can't ignore how his roguish charm makes her heart race.

But Lexi's secret desires clash head-on with her duties when suspicions arise that Alex is poised to switch sides and join forces with a European terrorist cell. Lexi is now assigned to shadow his every move, but her task becomes even tougher when Lexi and Alex suddenly find themselves partnered on an emergency mission in Russia. To stop the rise of a superhuman terrorist threat, Lexi and Alex must work as a well-oiled team, with lethal shadows looming behind them and no one to trust but each other.
Reviews from Goodreads.com

Alex Stone is a T-FLAC agent who is on the search for a terrorist wizard who is causing havoc all over the world. Lexi Stone works in the Internal Affairs division of T-FLAC and her mission is to find proof that Alex is a traitor to the organization. When they are forced to work together on a mission in Moscow that involves a massacre at a train station they discover they also have to fight their rising attraction to each other. Night Shadow is a great conclusion to this three-book trilogy inside of Cherry Adair’s T-FLAC series. I would definitely recommend this and any of Cherry’s book. You won’t be disappointed!