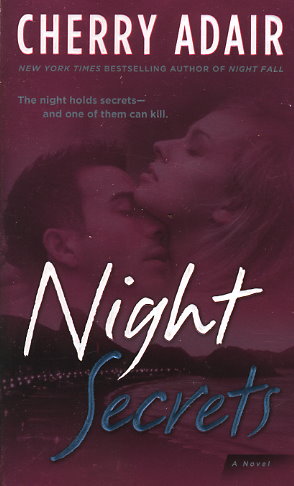 Sydney McBride is writing a profile on a plastic surgery spa in Rio that caters to celebrities, and she's going under the knife herself -- all to revive her sagging career. But then she gets wind of an even bigger story. Among the nips and tucks she discovers a mysterious and devastatingly attractive man claiming he's come to Rio to foil a plot that has the potential to unleash worldwide horror. Lucas Fox is Sydney's ticket to a comeback -- one that could relaunch her into the limelight. All she has to do is gain his trust.

But Lucas Fox trusts no one. He's a drop-dead gorgeous T-FLAC operative whose paranormal powers are flickering -- but whose powers in bed rocket Sydney to a place she didn't know existed. Now, with the astounding secrets that she and Lucas have uncovered at the spa, Sydney is willing to take on her most risky career move of all. She'll work side by side with a world-hopping wizard -- stopping only for the most forbidden pleasures along the way.
Reviews from Goodreads.com

Sydney McBride has consented to having plastic surgery in order to write about her experience and save her career. While recuperating at a spa in Rio she uncovers more going on than celebrities getting enhancements to themselves. She meets T-FLAC agent Lucas Fox when he appears in her room seeking refuge from security. He just happens to be naked at the time and talks her into telling the guards that he’s her boyfriend who dropped in to surprise her. From there, they work together to uncover and stop the wizards who are wreaking havoc. Night Secrets is definitely a must read as are any of Cherry Adair’s books!