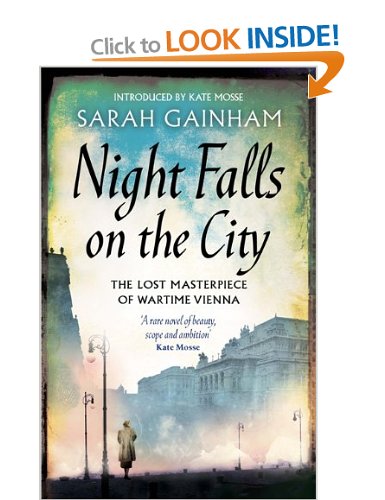 Share:
This extraordinary and controversial novel is set in Vienna during the tumultuous years from the German Anschluss of 1938 down to the Russian invasion of Austria in 1945. -- The cast of characters is a large and brilliant one, involving all segments of a society rich in tradition and European history: actors, actresses, lawyers, politicians, journalists, civil servants, peasants, workers, and soldiers. At the center of the stage stands Julia Homburg, beautiful leading lady of the internationally famous Burgtheatre.

Julia's husband Franz is a socialist politician, scholar and philosopher. He is also a Jew. The moment that Nazi terror reaches Vienna, the ancient crucible of an ordered and cultured society, the whole framework of his life is smashed. He is forced into hiding, into changing from a man of position and influence to an outlaw. And Julia is called upon to play her most challenging role, to continue her brilliant stage career and at the same time conceal Franz's whereabouts from the Gestapo.

Sarah Gainham skillfully depicts a city decaying into madness and fear at the hands of its Nazi oppressors. With incredible vividness of detail she manages to create an atmosphere of hate, vengeance, and fear, to portray the complex and shifting relationships of people caught up in the violent events of recent European history.

There is more to this panoramic novel than the constant strain and terror of people living on the edge of a horrible abyss. There is tenderness and warmth, compassion and love, even loyalty and gaiety. But underneath it all there is a profound insight into human nature, into the weakness, heroism, and capacity for self-deception of all human beings. Insight, too, into the deep corruption worked into mids and hearts by a brutally insistent dictatorship.

Night Falls On The City is a shocking, vibrant novel on a grand scale and it will rank with the very best literature of our age.