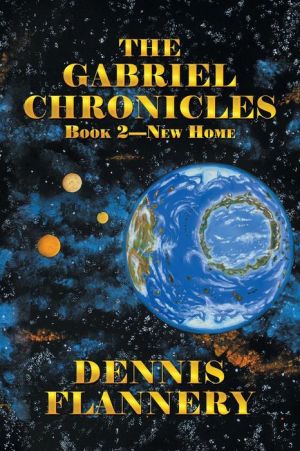 Share:
This novel begins where The Gabriel Chronicles: Book 1 -- the Beginning ends. After the World Guidance Council (WGC) had taken complete control of the world's governments and Alexander Gabriel had relinquished control of the WGC, he turned his mind to other things, extraordinary things. Scientists and engineers, led by the incomparable Dr. Isley and financed by Gabriel Industries, began designing and perfecting a new generation of prosthetics. These lifelike prosthetics looked, felt, and moved like a natural limb, allowing amputees throughout the world to begin living normal lives. But Alex, Dr. Isley, and his team didn't stop there. They took this incredible technology to its ultimate conclusion. They built a complete, viable, synthetic life form (SLF). But again, this wasn't the end of Alex and Dr. Isley's contributions. Over the following ten years, they designed and built a ship, a colossal ship -- a ship to take all the best from Earth to colonize another planet.