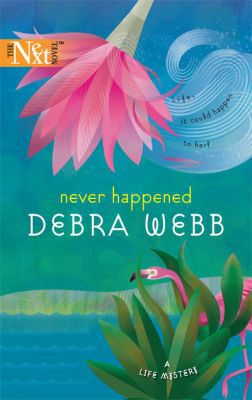 Handsome men are like kryptonite to Alex, but a husband, kids...trust? Building Never Happened -- a cleanup service that erases all evidence of a homicide or suicide -- is her main priority. But while being independent, beautiful and successful has its pluses, it's also pretty lonely.

Or was until Alex learns that a high-tech gadget she found at a scene got a detective -- and former lover -- killed. Now she has mysterious CIA operative Austin Blake shadowing her every move. Caring for her irresponsible mother is hard enough, but toss in a murder investigation... How is she supposed to avoid trouble with Austin and get the job done?

Well, maybe the two aren't mutually exclusive. After all, isn't it time Alex stepped back and just let life happen...?
Reviews from Goodreads.com