Named of the Dragon — Susanna Kearsley 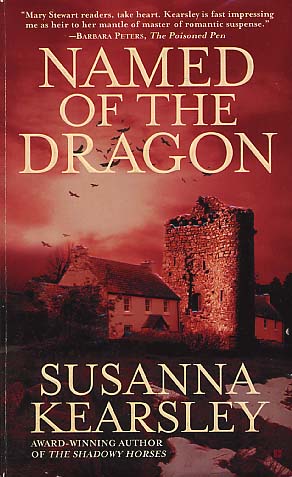 Share:
When she agrees to accompany an author to Wales for the Christmas holidays, literary agent Lyn Ravenshaw hopes to escape the terrifying nightmares that have plagued her since the death of her baby five years before. But shortly after she arrives at her host's rambling farmhouse. Lyn meets Elen, an eccentric young widow who's desperately afraid for her infant sons safety--and her dreams become even more vivid and disturbing.

Elen's fragile emotional state--and the mysterious paternity of her baby--inspire much gossip in this small coastal village and she inexplicably sees Lyn as her son's protector. As Lyn struggles to understand the intrigue surrounding Elen and her imperiled child, she forms an unlikely alliance with a reclusive, brooding playwright--and is pulled into an ancient world of haunting legends and dangerous prophecies ... where she will finally uncover the secrets of her dreams.