My Lady of Cleves / The King's Choice — Margaret Campbell Barnes 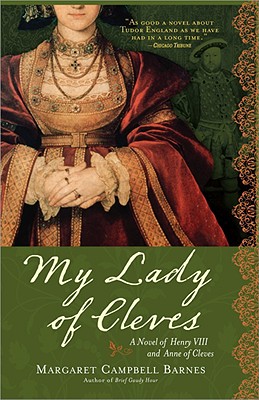 My Lady of Cleves reveals the mesmerizing story of Anne of Cleves, Henry VIII's fourth wife, one of the rare women who matched wits successfully with the fiery king and lived to tell the tale.

Written by world-renowned historical novelist Margaret Campbell Barnes, My Lady of Cleves gives readers an intimate portrait of the warm, unpretentious princess who never expected to become Queen of England. Knowing the king's ravenous desire for a son, and aware of the disastrous consequences of not bearing an heir, Anne of Cleves bravely took on the duty of weathering the Tudor King's temper, whims, arrogance, and irresponsible passions - and won the hearts of his subjects in the process.

A treat for readers of Tudor fiction and those fascinated by the complex relationships of Henry VIII and his wives, My Lady of Cleves leads readers into a world of high drama and courtly elegance.
Reviews from Goodreads.com