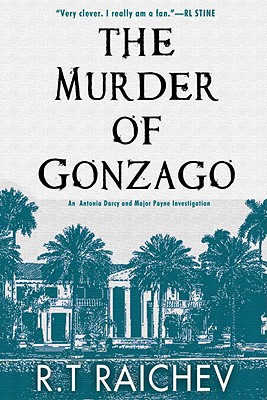 Lord Remnant's eccentric parties on his privately owned Caribbean island of Grenadin are the stuff of legends ... but then the 12th Earl suddenly dies in the course of an amateur production of The Murder of Gonzago, the play within a play in Hamlet. The Times obituary gives the cause of death as "heart attack." However, an anonymous video tape showing Lord Remnant's final moments makes it clear that the nobleman's demise was far from natural.

As it happens so often, Antonia and Hugh Payne get involved in the sinister events surrounding Lord Remnant's death entirely by accident. They are intrigued by the boldness of the murder, which seems to have been committed within a full view of Lord Remnant's wife Clarissa and their four guests. Who killed Lord Remnant? Was it his drug-addicted stepson Stephan? Was it Clarissa's Aunt Hortense, whose past contains a dark and shocking secret? Was it, as Stephan claims, the demonic "Grimaud"? Or perhaps it is the elusive Mr. Quin, who is left a vast amount of money in Lord Remnant's will, for no apparent reason.
Reviews from Goodreads.com