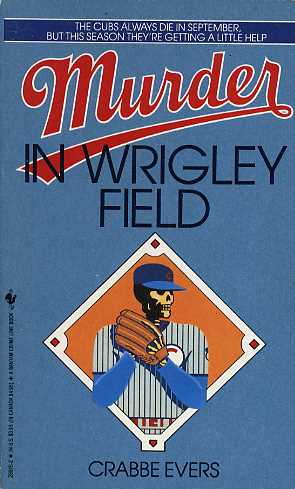 Picturesque, ivy-covered Wrigley Field, the Friendly Confines, has been the beat of veteran sportswriter Duffy House for decades. But the grand old shrine of baseball is not so friendly this June day for Dean "Dream" Weaver, the ace southpaw and Cy Young Award winner who is supposed to guarantee the Cubs their first world championship since 1908. Between warm-ups and the first pitch of the game, "Dream" is found shot to death in the tunnel underneath the stadium.

The harried commissioner of baseball wants answers, not rumors, and enlists a reluctant Duffy House as his own private investigator. House is a baseball writer from the era when a ballplayer's dirty laundry belonged at the cleaner's, not on the sports pages. But as he probes Weaver's past, the Cubs' "Dream" begins to look more and more like a nightmare, and the list of suspects could fill a big-league lineup card: shunned lovers, jealous boyfriends, opposing teams, gamblers, and foreign corporate raiders.

Then Duffy's lovely niece, whom he is supposed to keep out of harm's way in the big city, stumbles into things and takes up her own investigation with the intensity of Andre Dawson turning on a hanging curveball. Suddenly it's a whole new ball game in Chicago--the kind where foul balls pop up everywhere, and three strikes get you dead.