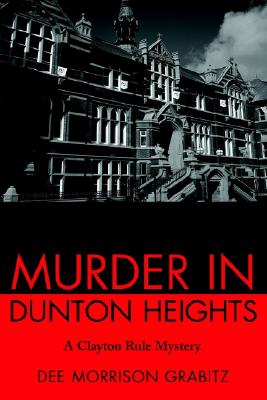 Share:
Dunton Heights was a suburb of comfort and security. The biggest event was the Junior League Dinner Dance, until murder struck dissolving all their smug beliefs.David and Mary Fran were not Dunton Heights' most ideal couple, but when David, a junior high school principal, is found dead, and Mary Fran, a high school swimming coach, becomes the prime suspect, the community began to squirm. Two days later the body of Mary Fran is found murdered at the Dunton Inn.When a diary is found in Mary Fran's faculty locker, naming names and amounts, the town's Brahmans form a close-knit group and close ranks. Chief Joe Brighton and Dr. Clayton Rule delve into the killings. They turn up secrets and powerful motives for murder and revenge that had best been undiscovered.Chief Brighton must balance the attentions of the beautiful Joan Hadley and his strong desire for her, and Clay must come to grips with his wife's serious depression and demands for a divorce. Together they must deal with the treacherous search for the culprit. The clues are elusive and suspicions fall on many before the murderer is unmasked.