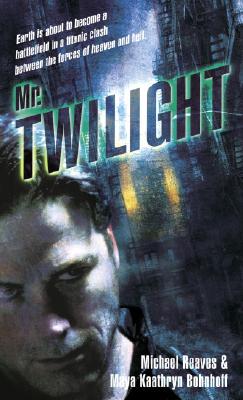 In bookshop specializing in rare volumes, an avid fan of horror fiction seizes a tome too valuable and too incredible to fathom. In the end, the man was too curious to live. . . .

A few miles away, in a Manhattan brownstone, another man learns about the explosion that left a gaping hole in the fabric of reality. Colin -- he has no other name -- has been an unrelenting warrior against the dark, the demonic, and the damned. A man who has angels at his side and hell staring him in the face, he has devoted his life to solving magical crimes and tracking down -- and neutralizing -- the perpetrators of those crimes, human and nonhuman alike. Now Colin is about to team up with a beautiful Native American a long way from home and a tough NYPD detective who seems to be immune to magic. Together, in a funhouse of evidence and apparitions, they are chasing a killer and untangling a tale that leads from the infamous Vlad the Impaler to a dead twentieth-century occult author and his gorgeous daughter -- who is as seductive as the devil himself.

Mr. Twilight combines the mystical and the mysterious, the supernatural and the primitive, in a rich, steamy brew of otherworldly adventure.
Reviews from Goodreads.com