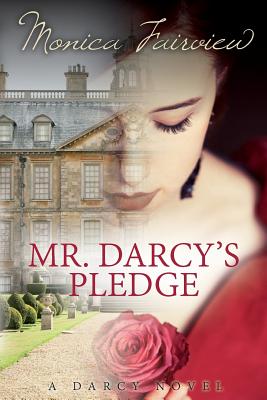 Share:
Torn between his heart and his mind… Mr. Darcy must make a choice.

Fitzwilliam Darcy has always been able to keep his emotions under control. That is, until he falls under the spell of Elizabeth Bennet and surprises himself by blurting out a proposal to her like a moonstruck youth. Stung to the quick by her rejection, his pride in tatters, and left with no possibility that she will ever return his regard, Darcy determines to put all thoughts of Elizabeth behind him. But not even Town with its boundless opportunities for amusement can keep the image of Elizabeth Bennet from pursuing him everywhere he goes.

By the time Darcy leaves Town to travel up to Pemberley, he has learned one thing. There is only one way of overcoming Miss Bennet's bewitching hold over him and Darcy is desperate enough to try it. The solution is to get married. And this time, he is not going to choose a wife by allowing his emotions to lead him by the nose.

His choice will be entirely rational…

In Volume I of this Pride and Prejudice variation, Monica Fairview traces Mr. Darcy's journey as he struggles to come to terms with the upheaval Elizabeth Bennet has caused in his life…and his heart.

Praise for Monica Fairview
“I am quite enchanted with these delightful sequels by Monica Fairview!... I greatly enjoyed Ms. Fairview's new hero, Mr. Gately, who, with his honorable behavior, quick perception, and penchant for lecturing Georgiana, reminded me a lot of Mr. Knightley from “Emma.” Ms. Fairview is very proficient in creating romantic, attractive, and Austen-worthy heroes!” Austenesque Reviews

“Many beloved characters from P&P reappear, and it was a joy to read a sequel that breathes fresh yet true life into the denizens of Hunsford and Pemberley. No liberties are taken… Ms. Fairview provides excellent character extension to Mr. Darcy. Ms. Fairview is a definite treasure.” All About Romance

“A very humorous and delightful story about the goings on in and around Rosings Park, London and Hunsford, among other locations… I had a hard time putting this book down… I especially liked the character of Anne.” CelticLady's Reviews

“One of the best follow-ups to Pride and Prejudice that I have ever read. ” - Laura's Reviews

"Monica Fairview has crafted an interesting and compelling story which can stand on its own, regardless of classification. Steampunk Darcy is a rousing, amazing adventure, one that breaks new ground in Austenesque fiction and does not fail to entertain." Calico Critic

“Fairview's effort falls squarely in the good category. This will appeal to Austen and Regency romance fans alike.” - Library Journal

“I commend Monica Fairview for waving her magic wand and cleverly transforming Caroline Bingley into a human being worth knowing!” AustenProse