Moving in With Adam — Jeanne Allan 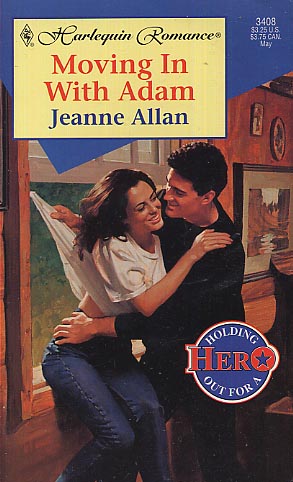 Was he carrying neighborliness too far?

Adam Treherne did the brave thing by catching a burglar breaking into the house next door. But this was no ordinary thief. She was pretty inept - and pretty cute! Which was an odd admission because Adam usually like his women blond and leggy.

Sunny Taite was many things, but she was not a burglar. Neither was she blond nor leggy. She'd just forgotten her key. But there was no denying that her interfering next-door neighbor was an attractive physical specimen - if you ignored his personality. Tall, dark and definitely handsome, Adam was going to be hard to resist...

HOLDING OUT FOR A HERO
Reviews from Goodreads.com