More Than She Bargained For — Lori Copeland 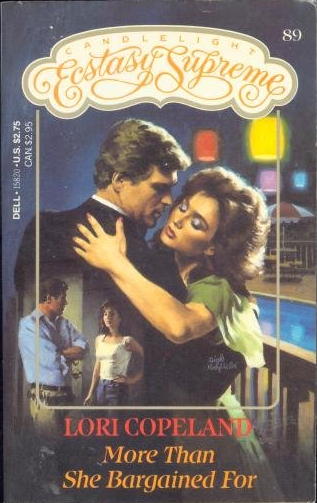 She'd lied to her best friend, bragging that she'd married a famous surgeon. Now Jillane Simms had to produce a husband, and Slater Holbrook was the best she could come up with. In desperation she made a deal. He'd play the part in exchange for housekeeping services. But Jillane's troubles had only begun. She knew Slater was surly, gorgeous, and generally unavailable. She didn't know he was guardian of six children... that she who'd fled a household of ten would find herself playing mother hen to his brood--and liking
it! But who was lying now? When they married, they called it a convenience. When they separated, they called it common sense. But how could Jillane simply leave when she'd given Slater her heart and gotten so much more than she'd bargained for?
Reviews from Goodreads.com