More Than a Hunch — Vickie York 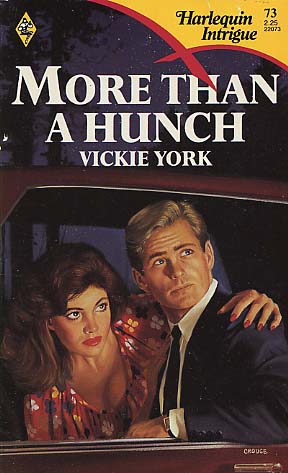 They had only uncovered the tip of the iceberg

Jennifer Logan couldn't believe it. During a routine check on security clearances, she'd found a spy. Who would believe her?

Then she remembered Colonel Michael Thoreson, Chief of Security at the Pentagon. Years ago, she'd had a crush on him. It wouldn't hurt to drop him a note.

She didn't expect Michael to show up in person, but as it turned out, she was lucky he did. It seemed she'd opened a Pandora's box, and the real surprise was yet to come.. . .
Reviews from Goodreads.com