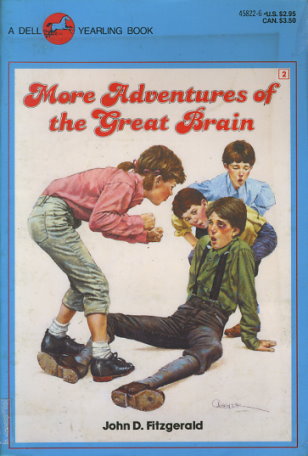 People in Adenville breathed a sigh of relief. It seemed that Tom D. Fitzgerald, The Great Brain, had truly reformed. Not one kid had been swindled and not one stunt pulled for months. But some suspected that the reform would last only until T.D. got his new bike for Christmas. Sure enough, it wasn't long before The Great Brain got going again full steam. This time his ideas were bigger than ever. He put all of Adenville in fear of a prehistoric beast from Skeleton Cave, solved a mysterious bank robbery, and captured the ghost of Silverload Mine. The Great Brain was at it again.
Reviews from Goodreads.com