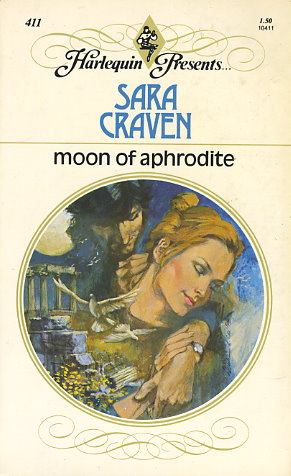 She was the chosen bride of a Leandros

Helen's mother had almost been forced into an arranged marriage, but she'd managed to escape. Now Helen was in a similar situation: she was expected to marry Damon Leandros!

When she first came to her grandfather's Greek island, Helen intended to avoid the arrogant Damon. Soon, however, she knew she couldn't deny his powerful attraction.

Regardless, Helen's pride rankled at the though' that everyone on the island expected her to give in to the ridiculous arrangement. But as Helen discovered, pride goes before a fall....

MILLS AND BOON BACK COVER:
Helen's Greek mother had run away from an unwanted, arranged marriage and cut herself off from her tyrannical father for ever. Now that father, Helen's grandfather, was insisting that she go to Greece to visit him, and had sent the overbearing Damon Leandros to talk her into it. Unwillingly Helen had been persuaded to go - and once there, she realised that the two of them had set a trap for her. That they intended to ensure that a chosen bride of the Leandros family did not escape a second time .....