Mistaken for a Mistress — Kristi Gold 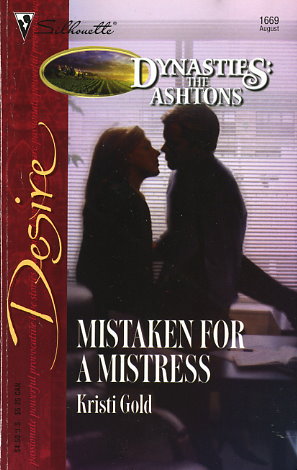 TO KNOW THE MAN, YOU MUST FIRST KNOW HIS MISTRESS

Ford Ashton's quest to discover who had killed his grandfather brought him to the late billionaire's mistress. Surely executive assistant Kerry Roarke knew all the intimate details of the man's life. And what better way to get what he needed than to seduce it out of her?

She was no man's mistress -- not that the press or the public would believe her. But now the woman who had been running away from her boss's advances was finding herself drawn to a stranger with familiar eyes and all-too-tempting kisses.

The stage was set for seduction. But was Ford's heart really ready for the truth?

DYNASTIES: THE ASHTONS
A family built on lies...brought together by dark, passionate secrets.
Reviews from Goodreads.com 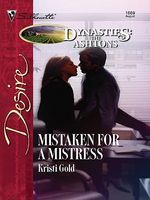