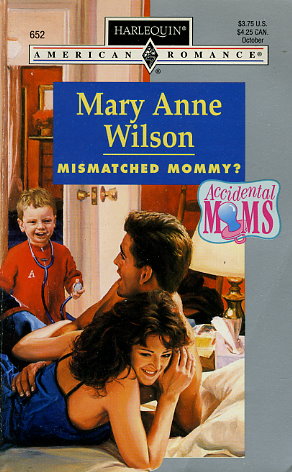 Reggie Clark
* craves order
* likes kids--if they're someone else's
* Motto: "Everything in its place."

You couldn't get truer opposites than Reggie and Ben. In fact, she was about to marry another man, her "Mr. Perfect" (a.k.a. "Mr. Wrong"), while he wrestled with a toddler and listened to the ticking of his biological clock!

Into this comes Reg's fairy godmother .... Up to now she's batted 1.000-but how could she convince Reggie and Ben they were a perfect match? And she had only five days to do it-before Reggie said "I do" to the wrong man!
Reviews from Goodreads.com