Mercy of a Rude Stream: The Complete Novels — Henry Roth 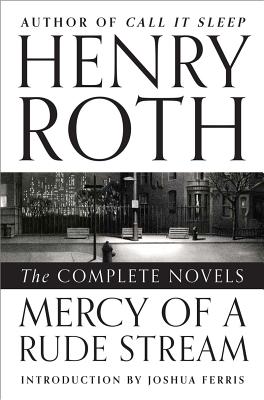 
This "landmark of the American literary century" (Boston Globe) is finally published as one volume, appearing with a brilliant new introduction. Sixty years after the publication of his great modernist masterpiece, Call It Sleep, Henry Roth, a retired waterfowl farmer already in his late eighties, shocked the literary world with the announcement that he had written a second novel. It was called, he reported, Mercy of a Rude Stream, the title inspired by Shakespeare, and it followed the travails of one Ira Stigman, whose family had just moved to New York's Jewish Harlem in that "ominous summer of 1914." "It is like hearing that J. D. Salinger is preparing a sequel to The Catcher in the Rye," the New York Times Book Review pronounced, while Vanity Fair extolled Roth's new work as "the literary comeback of the century." Even more astonishing was that Roth had not just written a second novel but a total of four chronologically linked works, all part of Mercy of a Rude Stream.
As the story unfolds, we follow the turbulent odyssey of Ira, along with his extended Jewish family, friends, and lovers, from the outbreak of World War I through his fateful decision to move into the Greenwich Village apartment of his muse and older lover, the seductive but ultimately tragic NYU professor Edith Welles. Set in both the fractured world of Jewish Harlem and the bohemian maelstrom of the Village, Mercy of a Rude Stream echoes Nabokov in its portrayal of sexual deviance, and offers a harrowing and relentless family drama amid a grand panorama of New York City in the 1910s and Roaring 20s.
"