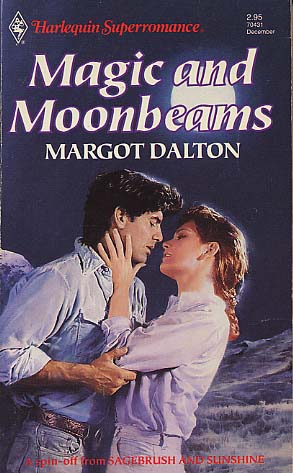 And almost against their wills, Libby Lyndon and Warren McIntyre found themselves falling in love. But in the daylight hours, Warren represented the government. He was determined to build a field museum at a site once sacred to the Plains Indians. Unfortunately the site happened to be on Libby's Alberta ranch.

She couldn't allow it. Warren's museum would attract a horde of tourists, who would trample the land's beauty into the dust.

But if Libby stopped the project -- and destroyed Warren's life's work -- then the moonlight spell would be broken and their love would be lost forever....
Reviews from Goodreads.com