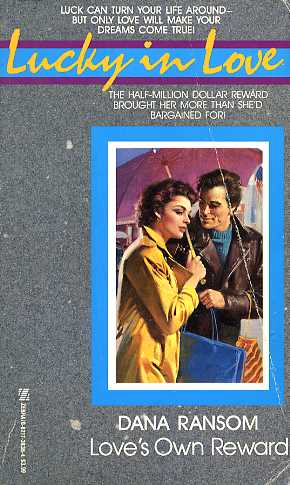 Share:
STROKE OF LUCK
Charley Carter didn't think twice about pulling the little boy from the burning car. Little did she know that her act of courage would change her life. At first, the half-million dollar reward she received from the child's grateful parents seemed like a dream come true, but the media frenzy that followed turned her life into a nightmare. Suddenly everyone wanted her story--and her money--and Charley instinctively turned her back on the world and retreated into a protective shell.

CHANGE OF HEART
Undercover journalist Jess McMaster figured Charley's refusal to give interviews was just a play to pull in more money, and using his charm to gain her confidence, he set out to expose her for the schemer she was. But the deeper he probed, the harder he fell for the alluring dark-eyed beauty. Were her tender kisses all they seemed or was she even more deceitful than he'd imagined? One thing was certain: life's windfalls could put a very high price on love!