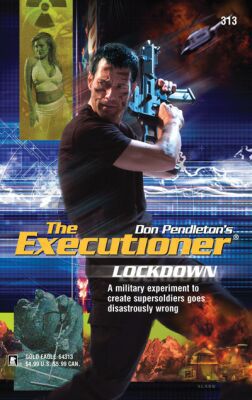 The high-level demonstration of a military experiment has gone hideously wrong. A refined nerve agent--designed to temporarily enhance strength and endurance on the battlefield--has failed. Anyone who comes in direct contact with the highly contagious agent is transformed into a human monster: a living, breathing, killing machine. The research facility is in full lockdown and Hal Brognola is trapped inside.

Mack Bolan and Phoenix Force's David McCarter must enter the hot zone where contaminated researches are slaughtering each other. The threat to the population at large is enormous. If the Stony Man warriors can't gain control of the facility, Brognola and countless others will die. And while the battlefield is a new one, the Executioner's mission remains the same: protect the innocent and punish the guilty.