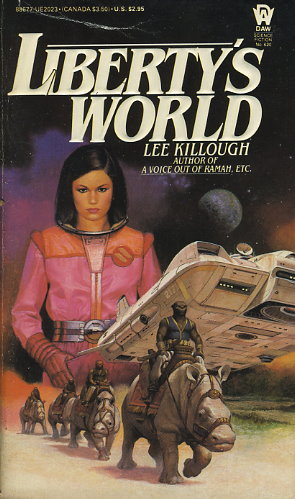 Share:
The planet seemed like salvation for the dying colony ship Inuictus, except... within a day of landing, the colonists found the world to be inhabited and themselves caught between
two opposing cannibalistic armies.

For Liberty Ibarra, who learned languages fast, the situation called for courage, tact, and a blind faith in the aliens' envoy, the brother of the enigmatic emperor... until she learned that her "friend" was also a political schemer with a talent for assassination. Then it began to look as though the humans had dived over the edge of the pan straight into the fire.