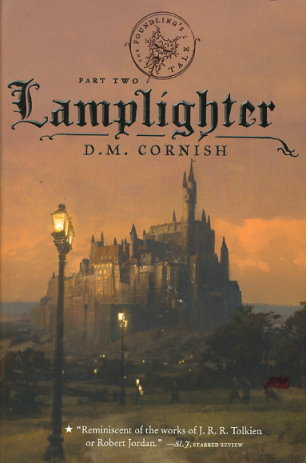 Share:
BEING The Second Part of The Foundling's Tale
Return to the Half-Continent!

Rossamund Bookchild is one of the emperor's lamplighters, sworn to tend the lamps along the highways and protect travelers from the ferocious bogies that live in the wild. But he himself hasn't changed. He's still small and meek, and he fits in no better here than he did at the orphanage where he was raised.

But when a haughty young girl, a member of a society of all-women teratologists -- monster hunters -- is forced upon the lamplighters for training, Rossamtind is no longer the most despised soul around

As he begins to make new friends in the dangerous world of the Half-Continent, he also seems to make more enemies, finding himself pushed toward a destiny that he could never have imagined....