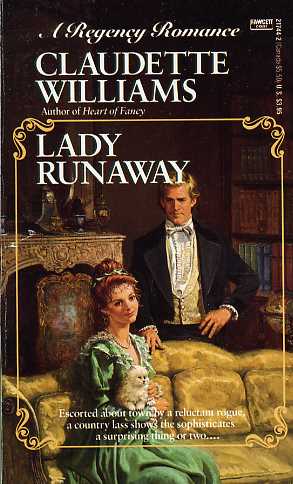 Share:
"YOU ARE A GREEN GIRL AND MUST OBVIOUSLY BE PROTECTED FROM YOURSELF."

Spirited Chelsea decided she'd sooner run away to London than return to her vain and selfish guardian, Aunt Augusta. But in her wildest dreams, she never imagined her dear godmother would arrange a Season--or convince the ton's most eligible bachelor to take her under his wing.

Lord Wainwright was nearly beyond catching and no longer amused by missish giggles and coy games. He expected a country mouse with no polish, but instead he found a thoroughly engaging minx...and was oddly irritated by the attention she was receiving.

Chelsea, with her unspoiled eye, saw beyond Wainwright's pursuit of hedonism to the intriguing man underneath. But to her shock, it appeared his heart belonged to her horrid Aunt Augusta!