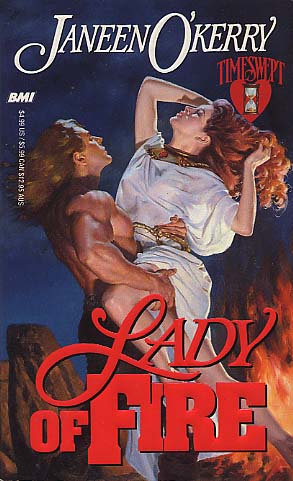 Share:
After her boyfriend of six years dumped her, Christine Connolly thought the idea of being worshipped like a goddess wouldn't be so bad. Little did she know that a two-dollar torque bought at a tag sale would grant her divinity. No sooner had she put on the gold necklace than she found herself in ancient Ireland -- and in the worshipful arms of a muscle-bound Celtic warrior.

But being idolized was hard work, as Christine soon realized, especially when her disciple truly believed she was Brighid, the goddess of fire. Christine had only wanted to be accepted for herself, not as some heavenly, flame-throwing deity. How could she have an equal, give-and-take relationship with a man who believed her to be a lady of tremendous power, a lady of unsurpassable beauty, a...Lady of Fire!